The final day of the 2009-2010 FVM year started the same way opening retreat began. We gathered in the chapel to have Mass said by Fr. Michael. The song "Voices that Challenge" was played as it has been for many years, and our volunteers were guided to think about the people they came in contact with over the year, and who's voices challenged them. Many of the FVMs had their eyes closed, and it was easy to see they were imagining the people who touched their hearts.

Fr. Chris played a beautiful rendition of "Pescador de Hombres" that brought tears to a few eyes. The way he played and sang showed so much passion and love that it was hard not to get emotional.

After communion, each community received a farewell blessing, and were anointed with oil by their site friars. 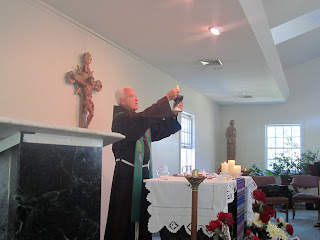 After Mass, we gathered for a photo shoot outside. It took many tries to get good pictures, but we finally found some that worked. To see more photos from retreat, head to our Facebook page. 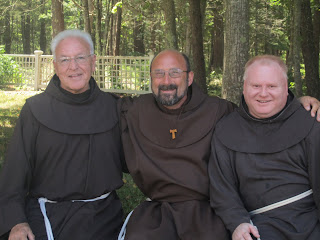 In closing, we were truly blessed to be able to work with such a great group of volunteers this year. They challenged each other as well as us, but their commitment to their ministries, communities, and each other are to be commended greatly. It was evident than our volunteers were working for God, and that God was truly working through them. Good bye to our 2009-2010 FVM class. Thank you for everything, and may God bless you. 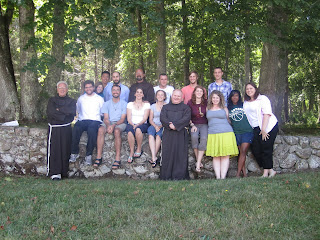