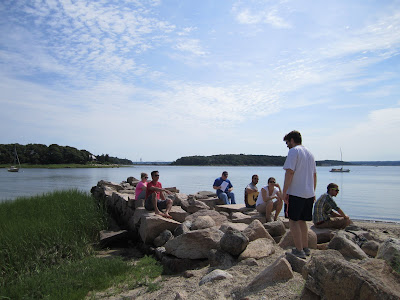 For our closing retreat, each community, Katie, and I met up in Wareham, Massachusetts, at the Sacred Hearts Retreat Center. This particular retreat location has seen two years of FMV closing retreats, and this one was just as fantastic as the previous years.

Our retreat was a reunion of sorts, and saw people come from many different places to come together one last time. Due to various circumstances, we had people come from Maine, New Hampshire, Buffalo, Las Vegas, and of course from our three ministry sites. 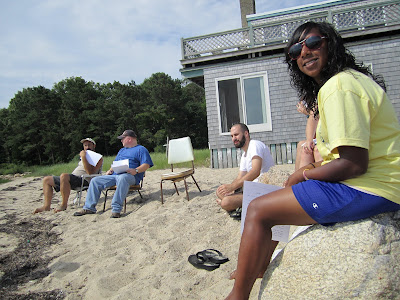 The first full day on retreat we had a great prayer down by the water. Camden led the prayer and had us realize the nature and our places in the living world. We listened to some amazing readings and then were asked to draw pictures of what we think our lives are in a representation of a house. This was tough for the non-Picassos of the FVM world, but we all truly found something prayerful in whatever we put down on paper. 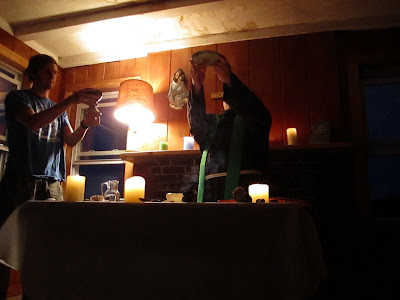 After lunch we continued a tradition FVMs have done for many years now. We wrote letters to ourselves about how we have grown during this past year personally, communally, and spiritually. The letters were then sealed, and will be sent to us at some point during this upcoming FVM year. Once those letter were written, everybody wrote letters to next year's FVM class. Words of wisdom, advice, and prayers were put down on the paper, and will be presented on opening retreat. 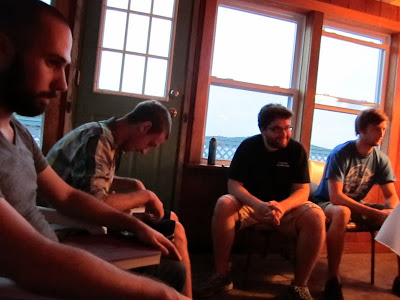 Post dinner. We had Mass down at the boat house led by Leo (Philly), Brad (Wilmington), Eddie (Wilmington), and Josh (Camden). Fr. John celebrated and we had music by Julianne (Wilmington) and Crhis (Camden). It was the perfect ending to a great first day of retreat.
Posted by Franciscan Volunteer Ministry at 11:56 AM No comments: