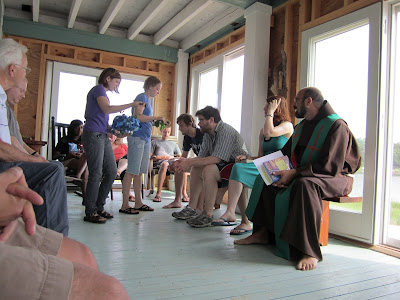 We woke up Tuesday after the rain had passed, and had a Mass down at the boat house again. The Mass was put on by Celia, Kelly, Mary and Norma, and was celebrated by Fr. Chris. We sat on the beautiful porch of the house looking over the bay. Music again was brought to us by Chris and Julianne, and all four girls gave reflections after the Gospel. For the remainder of the Mass, we headed to the beach where we had communion and a few songs. The feel of the sand between our toes and the sun beating down on us gave us a great realization of nature and how blessed we are to be a part of it. 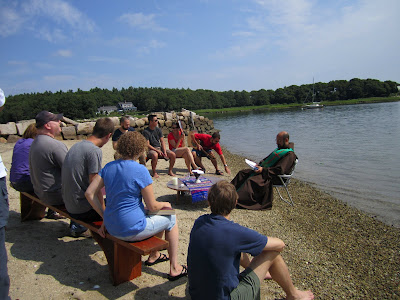 Following Mass, the director of the Cabrini Mission Corps, Gina Scarpello, started a presentation about transitions. Gina, a former volunteer herself, gave great insight in to how difficult it is to transition from a year of service. Gina explained the difference between a transition and a change, and how both can be dealt with. After a short lunch break, each individual community broke off, friars included, to discuss and brainstorm what they have learned this year communally, spiritually, and personally.

We would like to thank Gina greatly for sharing her gifts with us, and for facilitating sharing and understanding for our communities. 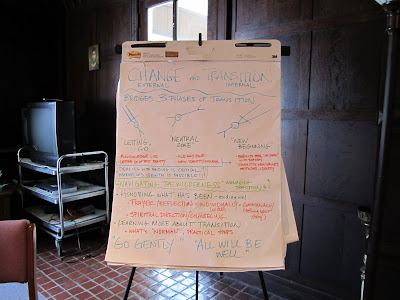 After dinner, we had a great prayer led by the Philadelphia community. During this prayer, we all got up one-by-one, and gave affirmation to a particular member of the 2009-2010 FVM community. Each person was given a name randomly, and was asked to get in front of the whole group to affirm their name. This was a beautiful demonstration of how deeply we each cared for each other, even if we weren't the closest to the person on the paper. Everybody took this exercise very seriously, and the mood of the rest of retreat seemed to be more relational. 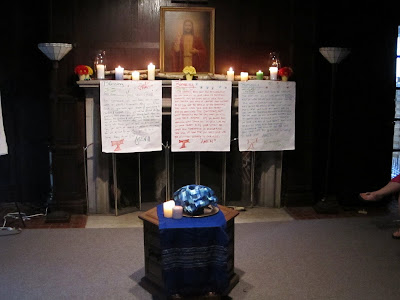 More to come...
Posted by Franciscan Volunteer Ministry at 10:55 AM